CURRENCY RESET: BASEL III AND THE IMPLEMENTATION OF THE NSFR

33 years ago, The Economist published an article announcing a new global currency for "around 2018".

On the cover of the magazine, the Phoenix, rising from the ashes of fiat currencies, features a 2018 gold coin. 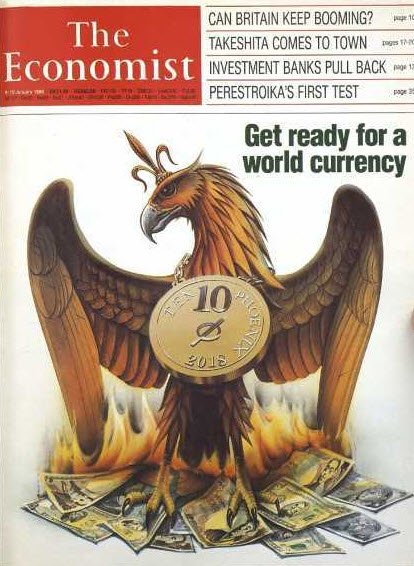 How could anyone be sure enough to bring forward such a specific date 33 years in advance for an event of global significance? Isn't that amazing?

This event is currently underway. What will happen at the end of this month of June should indeed have happened in 2018. That is why.

The bankruptcy of the German Herstatt Bank in 1974, which brought to light serious dysfunctions in the banking system, could have led to systemic risks. To remedy this, the central banks of the G10 and then the G13, under the Basel Committee, have worked on new banking and financial rules to ensure the security of the system. After 14 years of work, the members of the G13 signed a series of protocols, which were called "Basel Accords". It was in 1988.

Only a few weeks later, an extremely knowledgeable person wrote this famous article: “Get ready for the world currency”. The body of the article talks about a perfectly stable currency, not allowing governments to use inflation to finance their budget deficits. Gold is the only currency offering this stability of purchasing power.

The gold withdrawn from the international monetary system in 1971 by President Nixon, for the benefit of a purely fiduciary dollar, is therefore the mythical phoenix which must rise from its ashes. That's what the magazine cover image proclaims.

But by what way?