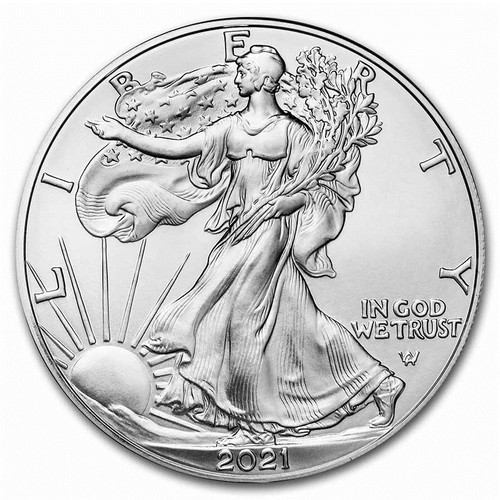 In honor of the 35th anniversary of the American Eagles, new designs have been introduced in mid-year 2021, creating a highly sought-after inaugural issue of these popular coins.

For the first time since their 1986 introduction, the Gold and Silver Eagles are receiving an updated design mid-year 2021. This mid-year introduction, coming at a time of unprecedented demand for bullion, has led to a very limited supply of coins available at launch.

One of the most popular designs in American coinage, the Silver Eagle combines beauty with Silver bullion appeal.

This product hasn't received any reviews yet. Be the first to review this product!